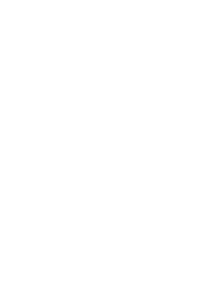 Even with the rise of renewable energy and electrification, fossil fuels are still integral to many functions of society. Hydrocarbon and fossil fuels are needed for petrochemicals, asphalt, and fertilizer, among other applications. For the next decade or two, consumers will still need fossil fuels to drive their cars, heat and cool their homes, and generate other power.

Aiming for the elimination of these energy types in the near term is a tall order, while going carbon neutral – or even negative – is far more attainable. Oil and gas companies need to look at what can be done in the here and now to reverse the trends of climate change and keep the planet safe and healthy for generations to come. Carbon capture is an essential tool for meeting that goal.

Strategic forces, however, are acting on the industry.

Political, economic, sociological, technological, environmental, and legal forces are all driving the transition to renewable energy. In the oil and gas industry in particular, these forces are pushing for a carbon neutral or carbon negative stance. Lawmakers themselves are driving new legislation for carbon neutrality. In addition to the Paris Agreement, legislators haven’t given up on the Green New Deal, which would require significant changes to the way oil and gas companies deal with carbon emissions. In turn, the political changes are being driven by sociological changes. Millennials and younger generations want to improve and protect the environment.

Economically, power generation from renewables is viable. For oil and gas companies, the economics of power generation are beginning to affect the stock prices and the companies themselves. Investment capital is flowing to renewables and climate risk is getting priced into stocks. Adding in carbon capture technologies may reduce profitability, further driving down stock prices, but may be offset by reduction in climate risk premium on the stock price. It is still too early to determine the breakeven between increasing costs, reducing risk and the impact on stock prices.

Societal will is exerting pressure on oil and gas companies. ExxonMobil investors voted to replace two of 12 members from its board of directors with people who would prioritize fighting climate change, for example.

Legally, in addition to regulatory requirements, companies may also face lawsuits if they cause harm with carbon emissions. While it’s unlikely to reach the level of the 1993 Pacific Gas & Electric Company lawsuit in California, which dealt with water contamination, air pollution may be the basis for a legal action, particularly if cancer clusters or other larger-scale harm is discovered.

Fortunately, the technology does exist for the oil and gas industry to reduce its carbon footprint: carbon capture and storage can mitigate these risks. The timing and mix of forces are uncertain; all we know at this time is that there is pressure on the oil and gas industry to change how carbon emissions are handled. Carbon capture and storage has been proven to reduce costs in specific situations, and when placed into the risk side of the equation, will make economic sense for companies.

The Impact of Carbon Capture & Storage

Carbon capture and storage is a proven technology that can reduce the carbon footprint that comes with oil and gas. In the oil and gas industry, it allows for enhanced oil recovery and enhanced coal bed methane operations by injecting carbon dioxide directly into oil and gas beds. In certain situations, it provides cost benefits as well as environmental benefits.

Carbon capture and storage reduces an organization’s carbon footprint, advancing the ability to get to a net-zero carbon emissions stance. It also enables continued use of hydrocarbon and fossil fuels to meet the demand for the next couple of decades for power generation, as well as provide petrochemicals, plastics, fertilizer, natural gas, and other products.

Carbon Capture and Storage Is Necessary for Survival

With all these factors, if the oil and gas industry is to survive, it must embrace carbon capture and storage. Variability of solar, wind, and other renewable sources will require backup power, and the immediate solution will be to have enough rolling backup to come online to stabilize the electrical grid. If carbon capture and storage is added on to a natural gas power generation plant, it can generate power whenever it’s needed by burning natural gas, collecting carbon dioxide off the stack, and reinjecting it into a cavern, for example. 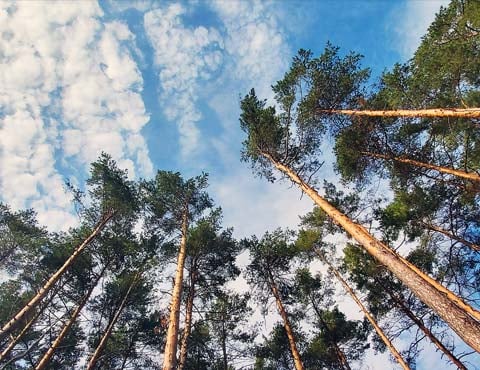 While not without challenges, companies have already seen success with carbon capture. Challenges include the non-ideal gas properties of CO2 and the relatively low critical point at 88°F and 1072 psia that can require running compressors on super-critical CO2. CCC has experience with operating and controlling CO2 compression trains in petroleum Enhanced Oil Recovery, Urea, and steel production applications. The complex and multi-stage configurations lend themselves to CCC’s expertise. The following example of a steel plant illustrates the complexities of CO2 compression.

Two Emirates steel plant units in Mussafah produce a combined total of 0.8 MMPTA carbon dioxide as a byproduct of the iron reduction reaction at the amine absorption units. In turn, the CO2-rich gas travels through 24” lines to the carbon capture facility, located in the Emirates steel plant. It then undergoes compression and dehydration and sent to the Rumaitha receiving station.

However, the LP CO2 compressor would trip on very tight, low suction and a high-pressure trip set point, which would impact production at the Emirates steel plant. The fast and manual LP compressor loading also disrupted production. The suction pressure was controlled by DCS with a 36” butterfly valve and resulted in fluctuations downstream. This led to compressor and dehydrator trips.

A high number of CO2 compressor trips impact production at both plants. Compressor Controls Corporation (CCC) was able to implement tight limiting setpoints and tune controllers to avoid tripping at high/low suction pressure and discharge pressure. It also implemented decoupling controls to avoid individual loop action that would cause trips. It also fine-tuned performance controls to maintain discharge pressure. Not only did this limit carbon dioxide emissions, but it also improved machine availability because the controls were more efficient. It also allowed for better machinery protection controls related to the surge protection.

CCC has an extensive history with controlling and operating carbon capture and storage machines. While the technology has been primarily used in enhanced oil recovery, it’s now getting attention for its ability to mitigate environmental impacts and play a role in decarbonization. With over four decades of experience, CCC is the recognized leader in optimizing turbomachinery and delivering tangible benefits. Its expertise spans four key domains: process, machinery, instrumentation, and control, which allows it to identify new opportunities for customers to reduce carbon emissions, costs, and downtime.

Contact us today to learn more about carbon capture and storage and what it can do to improve process efficiency and environmental impact.